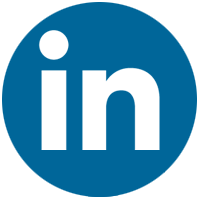 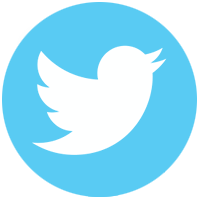 Vortal was a pioneer and authored the book of electronic procurement in Portugal. Its operation began with eConstroi, in 2001, that was made for the engineering and construction industry. Then, they went on to the Public Administration (the first electronic public procurement procedure was made via Vortal in 2006), health and corporate sectors.

After 13 years, technology evolved immensely. Examples of this are platform integration with clients’ management software (ERP), emergence of digital signature and certification, electronic payments, and, most recently, the collaborative contract management and dynamic procurement systems. Thanks to these developments, Vortal was included by Gartner in the 2018 report “Magic Quadrant for Strategic Sourcing Application Suites” as one of the 10 world companies that complies with the strict requirements that must be met to be included in this independent report made by analysts on eSourcing technologies.

The interoperability between electronic public procurement platforms is one of Vortal’s areas under development. Vortal is the leader of Interplat, an European consortia that is co-funded by the European Union, that aims at implementing interoperability standards between Portugal, Germany, and the Netherlands, and that expects to show results already during next year.

Keeping international leadership in the public and private electronic procurement market is one of Vortal’s main challenges. The company, which specialises in eProcurement and eSourcing solutions, is now releasing new products to the market in order to increase the efficiency and competitiveness of companies and the public sector.

Pedro Coelho Cabral, Vortal's Chief Technology Officer (CTO), explains that they are already working on solutions that use machine learning and predictive analytics to add to the offer they provide to their supplier clients, and that this will help them increase efficiency when searching for the most suitable business opportunities or when preparing competitive proposals.

All the conditions are gathered for a second moment of public and private entity digitalisation in terms of the use of solutions that are more effective in managing contracts, catalogues, qualification and assessment of suppliers, among others.”
Pedro Coelho Cabral, Vortal's CTO

Innovation and usability are the keywords when it comes to this goal.

The next step was to select the MSP. At this point, the recent recognition of Claranet as an Azure Expert MSP, the inclusion of Claranet in Gartner's Magic Quadrant for Data Center Outsourcing and Hybrid Infrastructure Managed Services, Europe, and the success cases and experience in migration of existing applications to a cloud environment, were the aspects that determined the choice.

Among the Vortal offer, there already were cloud-native solutions and traditional data centre-based solutions.

This project allowed us to standardise and centralise our technological solutions in one single cloud, therefore stabilising and facilitating solution management and monitoring.

The development of Vortal’s recently released new electronic procurement platform was another challenge.

The nextVision platform, which was recently revealed to the market, shows new abilities and features that place it as the world leader in this sector.

A more stable, visibly improved platform in performance terms that ensures a smoother, faster user experience. These are some of the improvements that derived from the migration to the cloud solution.

Right now, we have been using Azure for about seven months, and our platform is more stable. Performance is clearly improved, and user experience is smoother and faster. The management of resources that support our platforms is more flexible. "
Pedro Coelho Cabral, Vortal's CTO

This allows us to create, cut over, or modify the features of resources that we consume in a much faster and more controlled way, which confirms that we made the right choice and that we are on the right track.