Challenge: Circle is one of the UK's largest providers of affordable housing and vital care services, with 12 partners and 65,000 homes. They had a complex web of legacy network connections that needed consolidating.

Solution: Claranet designed a new network for Circle, that linked over 200 sites with ADSL connectivity and fed into the core MPLS network. 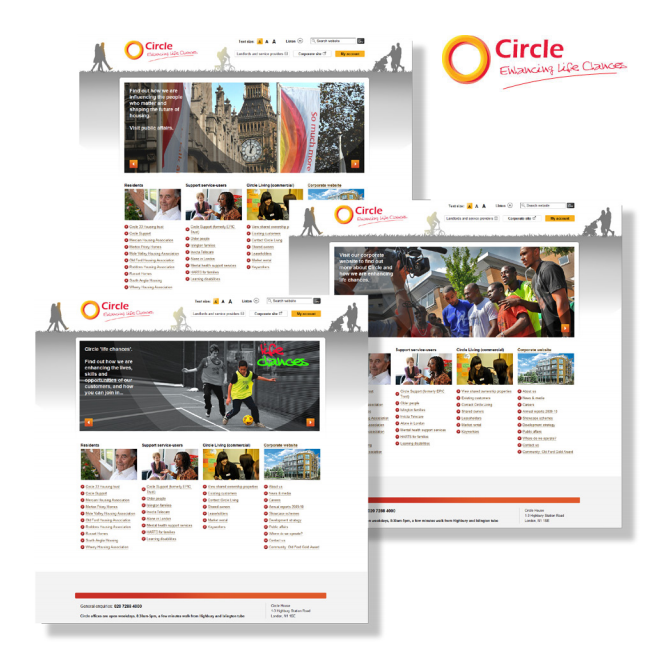 Circle was formed when the Circle 33 merged with the Anglia housing group. This encompassed numerous legacy network connections and service providers. In addition, smaller satellite offices which provided housing assistance to elderly people in over 3000 properties were not connected to the network.

Employees and resident scheme managers wanted greater access to centralised information, so Circle turned to Claranet to implement an MPLS network. The new network connected its sites and delivered enhanced network performance, as well as enabling extensive use of IP-based video conferencing. Claranet was the sole service provider, the network was simpler and easier to manage.

Circle is bound by regulations that require a comprehensive review of the market before the selection of a supplier. As such, tender responses from 12 service providers were reviewed before Claranet was selected.

Claranet’s solution was a new network that would link over 200 sites with ADSL connectivity and feed into the core MPLS network. The network would replace legacy point-to-point topology with a hub-and-spoke design, which offers greater redundancy to protect against any points of failure. The network would connect 12 offices with diverse routes to provide resiliency, ensuring performance and uptime of Circle’s network.

Circle see the benefits of Claranet's team of experts.

Yet despite the complexity of the implementation, the Claranet team was a dream to work with.

The networking and hosting solution from Claranet has already resulted in tangible benefits. By consolidating our suppliers and upgrading the network, we expect to realise an annual saving of £130,000, which is no small feat.

With ClaraCare Vision, we can manage bottlenecks and congestion on the network with ease. We can see exactly what applications are causing congestion and where this is happening. This means we can remedy problems far quicker than before, and in doing so, provide a better service to our users.

Claranet have helped us through a significant period of growth, but this is just the first step in our journey. I look forward to working with such an innovative team to face our future challenges.